Disarmament for thee, but not for me 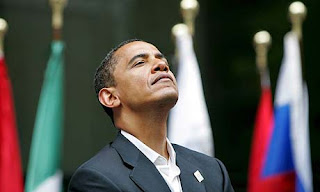 " ... Barack Obama has decided that when it comes to guns, discretion is the better part of victory. ... The Senator’s advisers are clearly not very interested in advertising their candidate’s thinking on this issue. Most of the Democratic Party base is made up of fierce gun-control advocates. But after eight long years in the political wilderness, they want to win, badly. So it’s easy to understand why they’re willing to tolerate a little bit of strategic silence from their standard-bearer, even on an issue so close to their hearts."

In an April 25 interview with the Chicago Sun-Times, the Great One was more candid:

"We've got to tighten up our gun laws. ... local communities, and state governments, as well as the federal government, have a right to common-sense regulations and firearm ownership [rules] ... There has not been any evidence that allowing people to carry a concealed weapon is going to make anybody safer."

Obama's attitude on carrying concealed weapons does not, of course, preclude him from traveling about the country surrounded by a phalanx of people who are doing just that -- to wit, his Secret Service detail.

But what has this to do with the Counterjihad? Simply this: Though not a Muslim himself (his prolonged exposure to the creed in childhood notwithstanding),in his zeal to deny the hoi polloi the protection he himself enjoys, Obama's attitude echoes that of the second of the "rightly guided" caliphs, Umar, who launched the original jihad that spread Islam beyond the Arabian peninsula. Umar it was who originated the dhimma, the pact under which peoples the Muslim horde had conquered could keep the sword of jihad from their necks by paying jizya (protection money) and agreeing to a state of subjugation that included this proviso:

We shall not mount on saddles, nor shall we gird swords nor bear any kind of arms nor carry them on our persons.

Fight those who believe not in Allah, nor in the Last Day, nor forbid that which has been forbidden by Allah and His Messenger, and those who acknowledge not the religion of truth among the People of the Scripture, until they pay the Jizya with willing submission, and feel themselves subdued.

In his tafsir (commentary) on 9:29, the 14th century commentator Ibn Kathir, whose views yet carry weight in the Muslim world, interpreted “subdued” as

disgraced, humiliated, and belittled. Therefore, Muslims are not allowed to honor the people of Dhimmah or elevate them above Muslims, for they are miserable, disgraced, and humiliated.

Nor is the Islamic imperative to disarm the infidel a thing of the past. As recently as 2002 Ibn Kathir’s proscription was repeated almost verbatim in a sermon at a Mecca mosque by Sheikh Marzouq Salem al-Ghamdi, who specified “conditions” for resident infidels requiring that they “do not ... arm themselves with any kind of weapon ...”

Obama's "strategic silence" on his gun-control plans is of a piece with his efforts to publicly distance himself from Islam, and both have the same intent: to gull Americans into accepting a candidacy inimical to their most fundamental rights.
Posted by Papa Whiskey at 6:12 AM