Diène and Obama – a perfect storm? 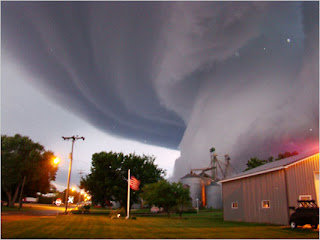 Ominous developments are afoot in the struggle to preserve the right to free expression against Islamic efforts to abrogate it. In Geneva, Switzerland next April, the UN will convene yet another conference "against Racism, Racial Discrimination, Xenophobia and Related Intolerance" ("Durban II"), whose focus is going to be on "Islamophobia" -- an event for which UN Special Rapporteur "on racism, racial discrimination, xenophobia and related forms of intolerance" Doudou Diène has been assiduously laying the intellectual and rhetorical groundwork. Were this to occur three months after the inauguration of Barack Obama and a lopsidedly Democratic Congress, it could create a "perfect storm" of conditions for repression of the Counterjihad through "hate speech" legislation. Consider the following statements by Diène and Obama:

"A certain segment has basically been feeding a kind of xenophobia. There’s a reason why hate crimes against Hispanic people doubled last year. If you have people like Lou Dobbs and Rush Limbaugh ginning things up, it’s not surprising that would happen.”

"There is a consequence to the demagoguery [over immigration]--hate crimes against Latinos have gone way up over the last year. We've also seen over the last several months this epidemic of nooses being hung all across the country since the events down in Jena, Louisiana. ... So, what can we do to strengthen the enforcement of hate crimes legislation? It is something that I will prioritize as president but I don't want to have to wait until I am."

"From the day I take office as President, America will have a Justice Department that is truly dedicated to the work it began in the days after Little Rock. I will rid the department of ideologues and political cronies, and for the first time in eight years, the Civil Rights Division will actually be staffed with civil rights lawyers who prosecute civil rights violations, and employment discrimination, and hate crimes."

"The ideological dimension of Islamophobia is directly connected to its intellectual legitimization as currently reflected in a number of so-called intellectuals and political and social commentators that put forward openly Islamophobic statements, including explicit defamation of Islam. In particular, one may note that a number of Islamophobic statements have been falsely claimed to be scientific or scholarly, in order to give intellectual clout to arguments that link Islam to violence and terrorism. Furthermore, the manipulation and selective quoting of sacred texts, in particular the Koran, as a means to deceptively argue that these texts show the violent nature of Islam has become current practice."

"The main challenge is now to define the threshold for legitimately restricting freedom of expression in order to protect the victims."